This event has now taken place, dates for future events to be announced soon!

This event has now taken place, dates for future events to be announced soon!

Discover more about the topics and technologies to be discussed at Tire Technology Virtual 'Live', via a series of exclusive interviews with a selection of our expert speakers! 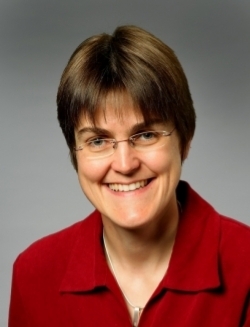 What is your presentation about?

The introduction of the silica/silane system in NR is still a challenging task. There are different approaches to achieve a good dispersion level of the silica and a sufficient coupling rate of the silica to the polymer. One of them is the use of masterbatches where the silica is already pre-dispersed in NR latex. A crucial factor in all rubber compounds is their aging behavior. In the current study, the aging behavior of rubber compounds that are produced with varying mixing times using a silica/silane NR masterbatch is investigated in depth.

Why is introducing silica/silane in NR challenging?

Silica/silane is well introduced in a passenger car tire tread compound which is based on an SSBR/BR blend. In modern passenger car tire tread compounds, highly dispersible silica is used together with mercaptosilanes to reach the best rolling resistance. Mercaptosilanes can couple most efficiently towards vinyl groups. These vinyl-groups are present in the SSBR/BR blend but NOT in NR. Therefore, other coupling agents are required for NR. The most common sulfur silane TESPT, or to call it by its brand name Si 69, performs better in NR but does not reach the performance of a mercaptosilane in SSBR/BR. To reach at least the best possible performance of TESPT in NR, a very good dispersion of the silica is required. This guarantees the best coupling efficiency.

What advantages are there to using masterbatches where the silica is already pre-dispersed in the NR latex? Are there disadvantages to this process?

How did you measure the aging process of rubber compounds? How many masterbatch types were investigated?

The aging process of the silica was measured after 1, 2, 3 and up to 6 months aging time. The uncured compounds were stored at room temperature and after that characterized with regard to their cure and stress-strain behavior. One masterbatch type was investigated. This type was mixed in three different ways: very short, short and really long, including an extra mixing stage. This means the study includes not only the impact of storage time on cure and stress-strain behavior but also the dependence of the aging behavior on the mixing time.

What were the results of your study?

When you have a look to my answers to the third and fourth question you might already expect one finding: The longer mixing leads to a higher amount of non-silanized silica surface. These non-silanized surface is quite active in the compound and influences the aging behavior in a different way than the shorter mixed compounds. Besides this slightly expected finding we made some further discoveries. The long-mixed compound had bubbles at the surface which was exposed to air after 6 months of storage time! We were able to find an answer to this formation. I will show the picture and give the explanation in my talk.

How do you think that rubber compounds and tire materials will change in the next few years?

There is a clear development movement to use more sustainable rubber ingredients in the near future. Many tire companies have this clear goal for the future, to become fully sustainable. This will be a strong driving force for the development of new compounds.

Back to speaker interviews